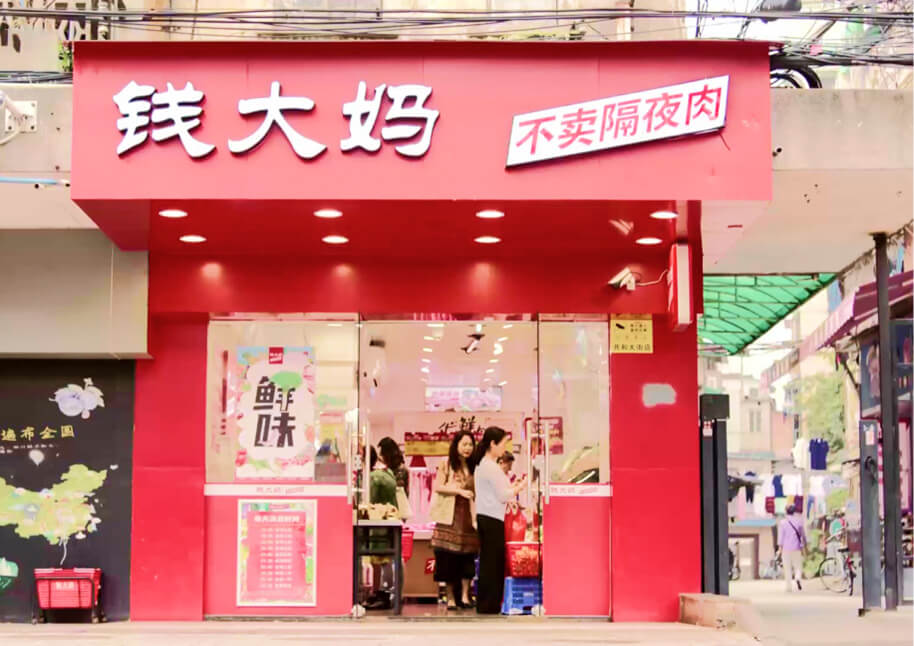 With its innovative retail model, Qiandama (QDM) is the #1 fresh produce retailer in China. The country’s massive fresh produce market is worth over $1 trillion USD and rapidly growing. However, the industry is largely composed of small, highly fragmented stores with low operational efficiency.

QDM’s breakthrough was pioneering its “100% sold daily” model, ensuring daily guaranteed freshness to customers. The origins of this model began with the company’s founder, Mr. Feng Jisheng. In 2012, Jisheng operated a booth selling pork in a traditional Chinese wet market. He began experimenting with a new sales model that used escalating discounts to fully sell out his inventory every day. The model quickly proved popular with his customers, who gravitated towards the guaranteed freshness of his product.

The gambit worked so well it increased his booth’s daily sales to 5X of other stands in the same market. His competitors were less enthused, and he was asked to leave the market. That gave Mr. Feng the opportunity to try his model in a store format. Today, Qiandama operates nearly 4,000 stores in 30+ cities in China, generating $3.5bn USD in sales annually.

GenBridge uncovered Qiandama early in its rise, and it was actually Genbridge’s first investment. Genbridge’s founder, Robert Chang, was very familiar with the industry from his time at JD, and had collected a wealth of data and knowledge in the field. The Genbridge team visited the QDM headquarters in Guangzhou and observed their stores over a 24-hour period to see their traffic, operation and supply chain. We were stunned by the efficiency of the company in every aspect of its operations. Understanding the potential of their model, we became QDM’s largest external investor by leading four consecutive rounds of financing. QDM’s model has continued to be exceptional, as the stores quickly reached profitability without requiring large capital injections like comparable retailers.

Over the years, GenBridge has been not only an investor, but also a trusted partner to QDM’s management. In 2019, we supported the company in upgrading to a data-driven system for decision-making in order to improve store management to support their rapid growth. In 2020, we worked together with the company to develop an omni-channel approach and captured even higher market share. Building an online sales channel has increased top-line revenue by a further 10%.

Customers absolutely love Qiandama. It’s not just because of the fresh produce, but also the streamlined and customer-friendly experience, a vast improvement from the traditional wet markets and supermarkets customers are used to. Being a community store model, QDM also has an advantage over regular supermarkets, as their stores are often closer to customers’ homes, and the daily freshness guarantee ensures a higher quality of produce.

The company has continued to build trust with its customers. Residents of Guangzhou joke that having a Qiandama store nearby is one of their key criteria for buying a home. Qiandama has also been able to maintain its high standards for fresh produce and service during the pandemic. Their stores served as an essential service while other retailers were shut due to COVID prevention policies in China.